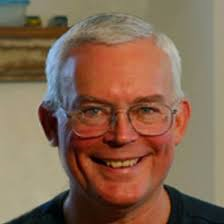 Jewelry researcher and valuator Leanne Parks of Atlanta, Georgia states the following concerning the work of design jeweler Stewart Jones: “With a combination of modern and authentic period hand-held tools collected over a lifetime, Stewart Jones fervently preserves near-forgotten techniques of the great Master Jewelers by hand-fabricating jewelry in precious metals as was traditional at the early, great jewelry Houses of Frédéric Boucheron, Louis Francois Cartier, and Charles Lewis Tiffany…

Currently, Stewart Jones is also one of a handful of elite Guillochéurs in the world using an original, hand-turned, period rose engine preserved and used in the manner of Peter Karl Fabergé. Jones’ authentic, restored and fully functional Early to Mid-Victorian (Romantic to Grand Period) antique Swiss rose engine was manufactured circa 1860 in Le Locle, Switzerland by A. Uhlinger…

This machine is a rare find: as the twentieth century dawned, European wars and revolutions transformed many Master Jeweler workshops into factories. The few rose engines produced and used for jewelry were disassembled, destroyed or modified for industrial applications. Additionally, the skilled artisans of the day were drafted to military service and as time elapsed, their venerated artistry methods became nearly extinct.”

Stewart Jones began his career as an architecture student at the University of Oregon in Eugene, switching to the metals department after five years. He’s brought his expertise in design and functionality to the process of fabricating precious metals to create jewelry that is both beautiful and wearable. Although Stewart works in all fine metals, he specializes in 18k gold and platinum.

In 1978, Stewart Jones earned worldwide recognition as a first place winner for his domed, gold and diamond ring in the DeBeers Diamonds International Awards presented in Paris, France. In 1980, he won Honorable Mention for his gold and diamond belt buckle in the DeBeers Diamonds Today Awards USA. And in 1987, the Gold Information Center, New York presented him with a Certificate of Outstanding Design for a multi-layered gold pin design.

After owning his own shop in Portland, Oregon, then expanding into a jewelry and art gallery in Lake Oswego, he relocated with his wife to the small mountain town of Joseph (pop.1050) in 1999. The Culture Trip website recently designated Joseph one of The 10 Most Beautiful Towns in Oregon, and Stewart Jones one of The 8 Most Notable Artists of Joseph.

Stewart Jones Designs is open Friday & Saturday with other days and hours available by appointment. He is also available for Swiss rose engine demonstrations when requested. Stewart is an excellent source for diamonds, gemstones, pearls or any other of your jewelry needs. If you visit Joseph, we invite you to stop by Stewart Jones Designs and tour his studio.

Hours
Currently Only Open
By Appointment